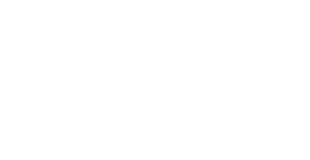 What is ASMR? Why it is so popular?

YouTube is primarily associated with videos. However, millions of users are looking for audio content on this site. To be heard by these potential customers, advertisers turn down the volume.

Endless calls and audio alerts on the phone and computer are often annoying. However, for many of us, the Internet is still a way to relax, especially when it comes to watching videos. Naturally, there are many videos on YouTube specifically for this purpose. And you’d be wrong if you think they don’t get many views. If you’re not yet familiar with the term ASMR, it’s time to learn about it.

What do the letters mean?
ASMR is an important trend that is getting more and more attention from viewers. It’s used more often in YouTube searches than the words “candy” and “chocolate. It is surprising that many people have not heard about it yet. The most popular Google search query on this topic, “what is ASMR”, is proof of that2.

40f21_YouTube-Search-Interest-in-ASMR-vs-Candy-vs-Chocolate-BODY-RU
ASMR (Autonomic Sensory Meridional Response) is a pleasant, often relaxing sensation that extends from the scalp throughout the body and is triggered by sound and visual stimuli – whispering, smooth movements, rustling and crunching. It is also called “brain massage.” The phenomenon was first talked about in 2010.

“In general, it’s like a nice goosebumps when you’re stroked through your hair or slid across your back with your fingertips,” says Heather Feather, one of the “stars of ASMR” and a YouTube author with an audience of 400,000 subscribers. Another star of the new genre is artist Bob Ross, famous for his quiet, soothing voice. Heather Feather, Bob Ross and GentleWhispering are the most popular YouTube artists whose videos are the most searched for.

There are quite a few other authors who specialize in videos that give you goosebumps. In total, there are about 5.2 million ASMR videos on YouTube that find their viewers in every country in the world (see map below). From 2014 to 2015, the number of YouTube searches with the word “ASMR” more than tripled, and it continues to increase3. And the most popular video on the topic garnered as many as 17 million views.

Share
More than half of requests for ASMR come from mobile devices – at times when users want to relax4. There are especially many such requests around 10:30 p.m. (regardless of time zone), when people go to bed5. “ASMR sleep” is among the most popular keywords6.

What should advertisers listen to?
Google BrandLab helps businesses tap into YouTube’s advertising potential to the fullest. And if many sounds can evoke a calming sense of ASMR, why not take advantage of it? Plus, we’re not talking about a huge untapped audience, but the millions of people, many of whom already know your brand. ASMR video authors often use different objects to extract sounds – rustling wrappers, chewing candy, packaging, etc. There are more than 85,000 videos on YouTube on the request for ASMR beer alone. Already, ACMP videos feature such brands as Tic Tac, Swedish Fish and Taco Bell.

The KFC restaurant chain has already taken advantage of this opportunity. In that brand’s new video, actor George Hamilton portrays Colonel Sanders whispering something about breastplates and crunching fried chicken. “There’s a large community of people who are really passionate about the magic of sound,” Kevin Hochman, KFC’s director of marketing, tells The Washington Post . “Our food doesn’t just taste good, it can also deliver a satisfying ASMR experience,” he adds.

In 2015, BBDO created two ASMR videos for Dove. The ads, aimed at Chinese audiences, invited viewers to experience the “soft, silky pleasure” of tasting chocolate. These commercials were even used by neuroscientists in a scientific study, the results of which can be found here.

Who watches ASMR videos?
Brands don’t have to create their own ASMR videos to get viewers’ attention. By the way, such videos are watched by both men and women, mostly young people (about half of the audience is made up of users aged 18 to 24). Most of these viewers (77%) are also interested in beauty and fitness videos.

Makeup and grooming are the main topics of the ASMR videos. Makeup tutorials have long been popular on YouTube. But when viewers discovered the relaxing effects of makeup, many creators started making these videos in the style of SMAR. Some do role-play and simulate the experience of being in a makeup artist’s chair, while others just rustle up makeup brushes in a pleasant way. Try typing in the query ASMR nails, and you’ll find plenty of videos of girls showing off their manicures by running their nails over different surfaces. Even Michelle Phan, a beauty queen with more than 8.6 million followers, has made her own ASMR video.

Most fans of ASMR videos are gamers and gadget enthusiasts. They are more than twice as likely to be interested in gadgets such as laptops, cell phones and gaming consoles8. There is even a special ASMR channel for gamers on YouTube now. ASMR can serve as an antidote to the effects of video games, which, according to research, aggravate the senses.

Whatever the impact of ASMR videos, they are attracting more and more attention. Advertisers don’t even have to understand why these videos are so appealing – just appeal to viewers and get creative. Sounds good, doesn’t it?

I Get A Cute Cosplay-Massage, While I Play Games || ASMR Neko Cosplay